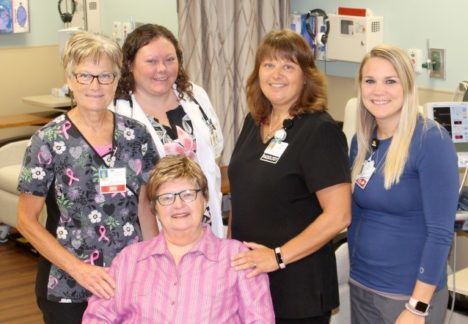 72 Years Cancer-Free and Then…

Kae Rene Rogers, 72, of Manning, recognizes firsthand how important it is to receive annual mammograms. Having no family history of cancer, Rogers was not concerned about the risk of cancer. She had attended regular health care appointments, watched what she ate, stayed active with her grandkids and was living a healthy life.

In February 2018, Rogers received a letter from Manning Regional Healthcare Center (MRHC) department of radiology informing her about the new 3-D mammography machine, a more effective technology for identifying tumors. She had not received a mammogram since 2014.

Rogers told herself she needed to schedule a mammogram, but delayed making the appointment. One week later, Rogers received a phone call from Linda Croghan, the hospital’s director of radiology, emphasizing the importance of annual screenings. On February 15, 2018, Rogers finally received her 3-D mammogram.

Following the appointment, Croghan called Rogers insisting she follow-up with her primary care doctor. Shortly after, her doctor informed her that a lump had been found in her right breast. McLaws recommended visiting Katzmann Breast Center in Des Moines. There, a diagnostic mammogram, ultrasound and breast biopsy confirmed the diagnoses of stage IIB breast cancer.

By the middle of March, Rogers had met with her MRHC Cancer Care Team who helped establish a plan for her daily care and ensured that she understood everything she would experience during her fight against breast cancer.

Rogers states, “I have never had cancer before, no one in my family has ever had cancer, so I had no idea what to expect. I can tell you that everyone at Manning Regional Healthcare Center has been so helpful throughout this whole process over the past nine months. They go out of their way to help you. It hasn’t been easy. I was sick, weak, and lost my hair. I learned a lot about myself and cancer but they were there for me every step of the way to help me through it.”

Grateful for her early diagnoses, Rogers is now a strong advocate for breast cancer screenings: “If Linda had not sent me the letter and called to make an appointment, I probably would’ve gone another year and the breast cancer would’ve kept growing and spreading. Please, please, please get a mammogram. Do it for yourself, your family and your friends.” 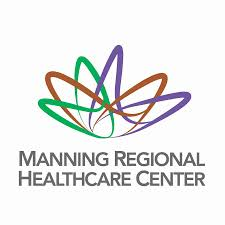